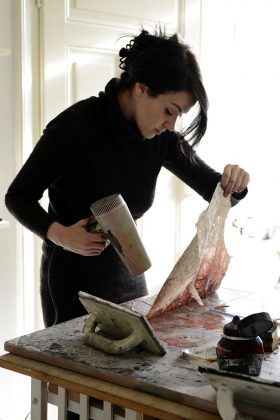 Stella Dreis was born 1972 in Plovdiv (Bulgaria). She has been living in Germany since 1995. Dreis studied fashion design in Hamburg. She now lives in Heidelberg where she works as a freelance illustrator.

Stella Dreis has received a number of accolades for her work, including the Hasselt Publication Award, the Troisdorfer Bilderbuchpreis and a gold medal at the Bratislava Illustration Biennale. She has also exhibited her pictures internationally.