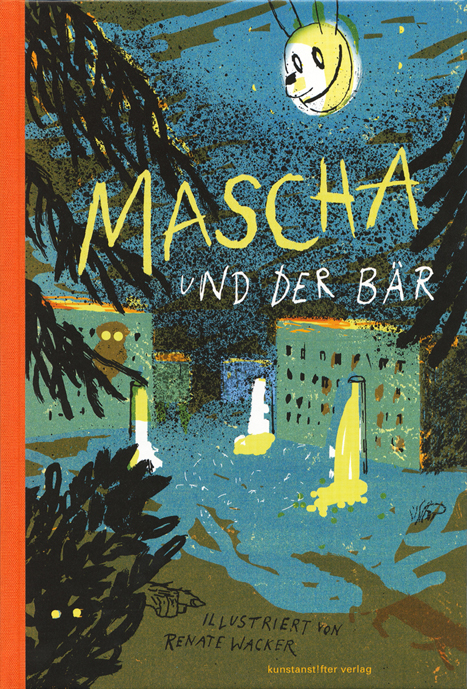 Mascha and the Bear

A Folk Tale from Russia
for young adults & adults

Re-told and Illustrated by Renate Wacker

This unpretentious folk tale has a new setting – the wood resembles a suburb, the bear becomes a hunter and trapper. Mascha goes out into the forest to gather berries, but she gets lost and held captive at the bear’s hut.

The bear is unwilling to let her leave, until at last she manages to free herself, relying on her own powers and wit. The layers of meaning remind us that we’ve all been held captive, that we’ve all had our bears…

Renate Wacker’s intriguing illustrations discover the power of fable and dream worlds, the extraordinary in the ordinary. 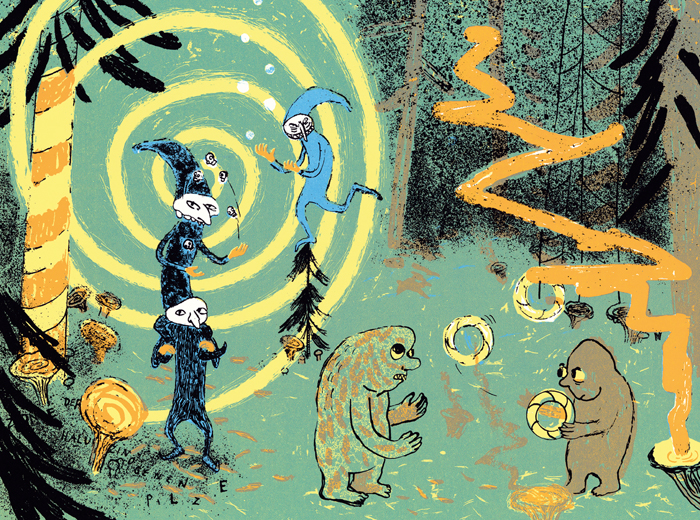 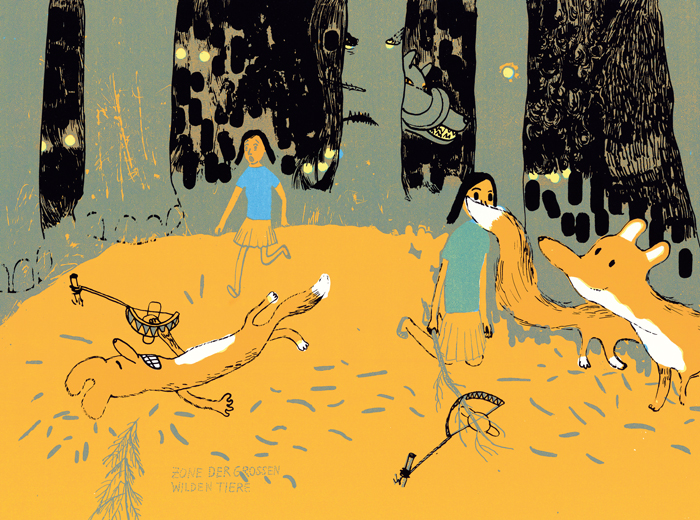 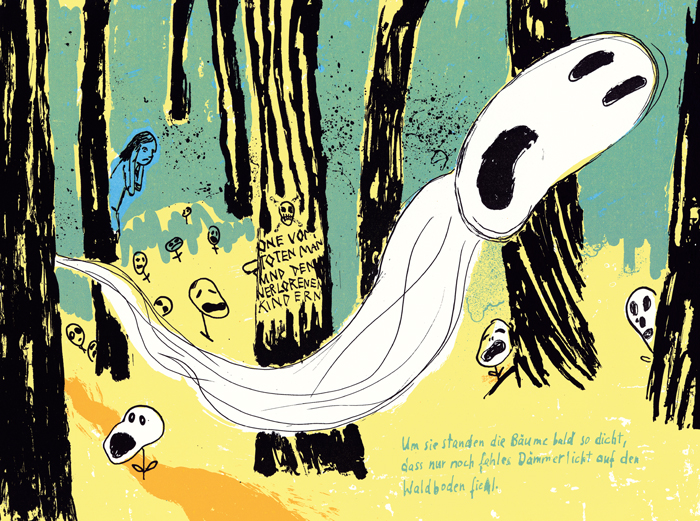 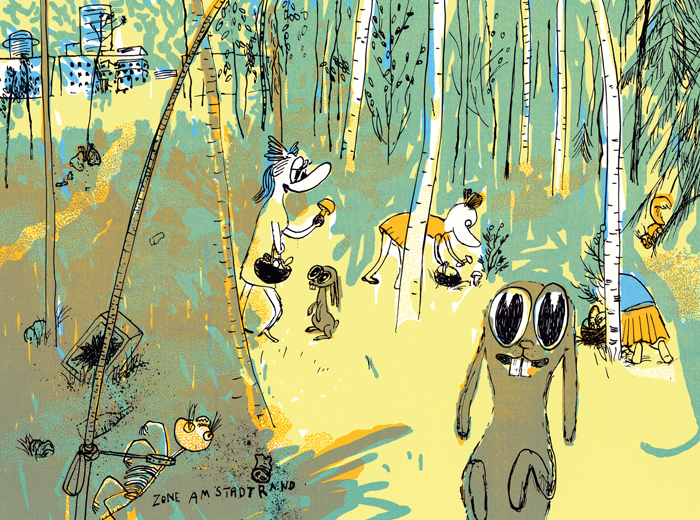