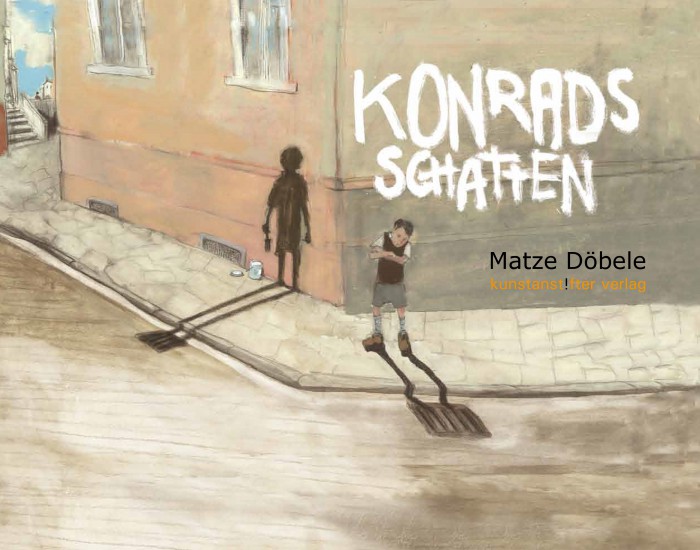 Text and Illustration by Matze Döbele

For children aged 8 and above

It’s not easy to deal with one’s shadow …

Now, is it little Konrad who does all these naughty things, or is it in truth merely his shadow? Trying to get rid of this cheeky guy who does all Konrad is being accused of, but would never admit to, Konrad finds that his shadow takes immediate flight at the sight of flashlight.

Well done, boy! But later on, Konrad comes to realize that his shadow can be quite helpful too, and that the two of them actually belong together.

A meaningful parable, true craftsmanship, and a fun story!

The jury praises “the variable layout, the expressive faces and clear gestures that illustrate the game of the shadow .. The drawings show a tangible, paste-­ like quality and a light, aerial touch all at once. To underline Konrad’s battle with his opponent, Doebele plays with typography ..”