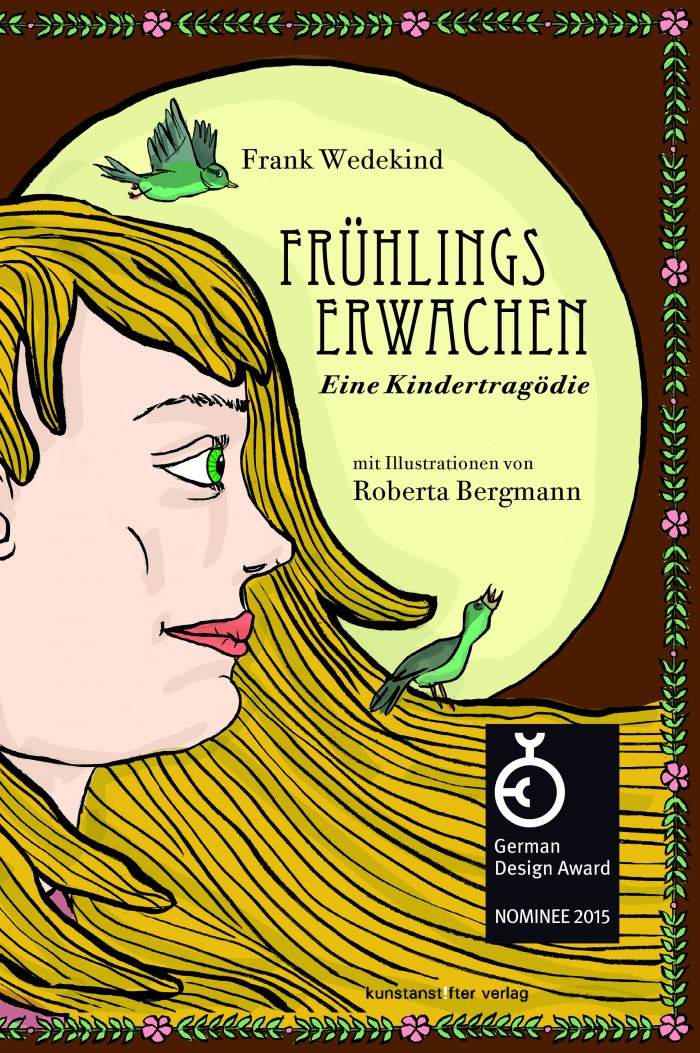 The German writer Frank Wedekind’s works were often censored in the 19th century. They turned against the educational principles and limited, middle-class morals of his times. In Frühlings Erwachen, a drama written in his mid-twenties, he employs the suicide of a school friend to portray the situation of a young generation which lacks access to sexual information.

Roberta Bergman has created a magnificient frame for this book. Her illustrations are reminiscent of the art-deco style of the period, yet these have a direct, contemporary appeal. The design appears both unusual but rooted in classical drama. This book pairs her striking images with a classic text to raise significant issues.

These illustrations have been nominated for the German Design Award 2015. 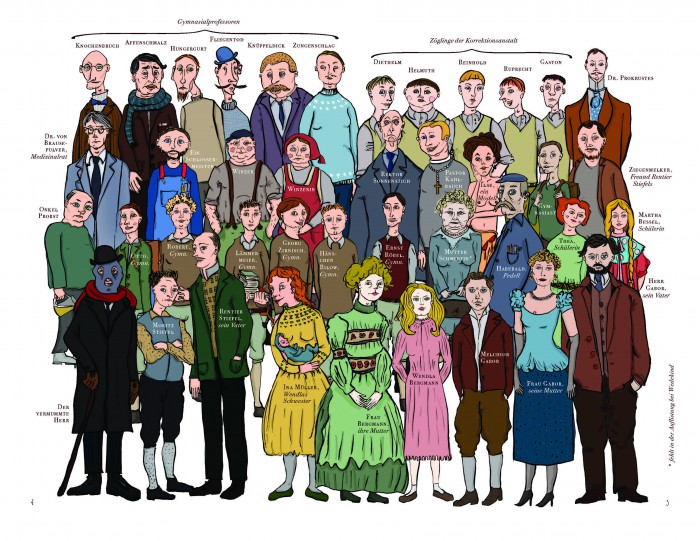 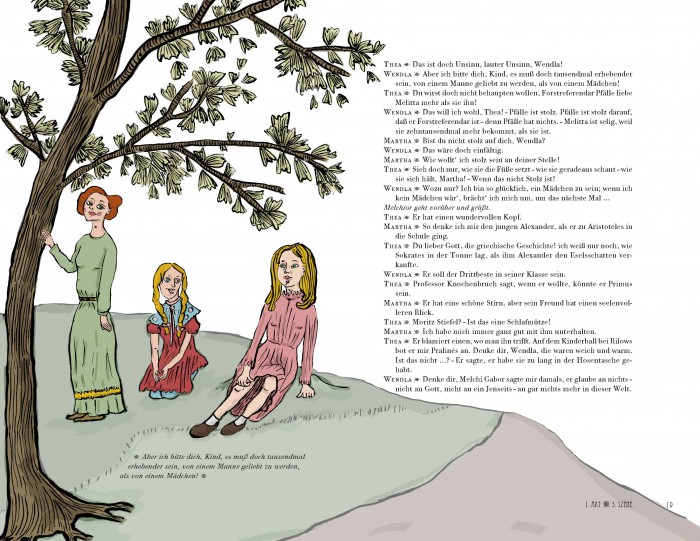 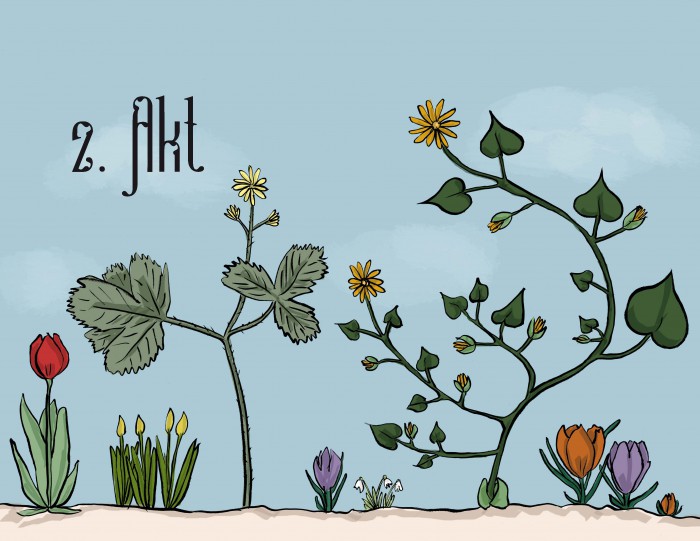 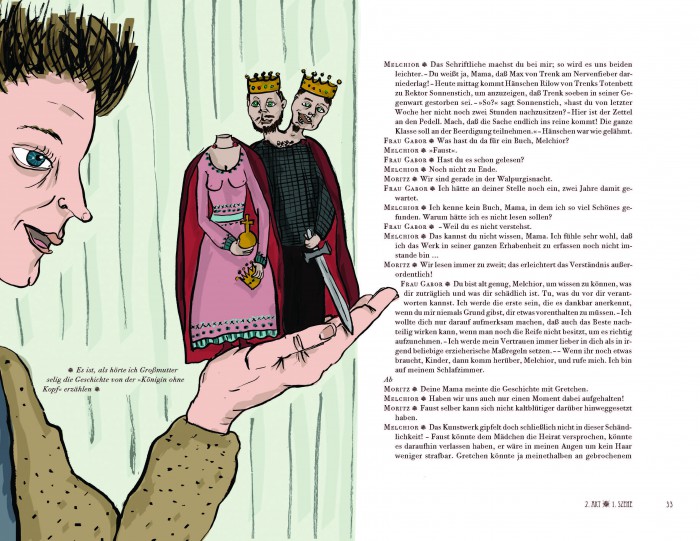