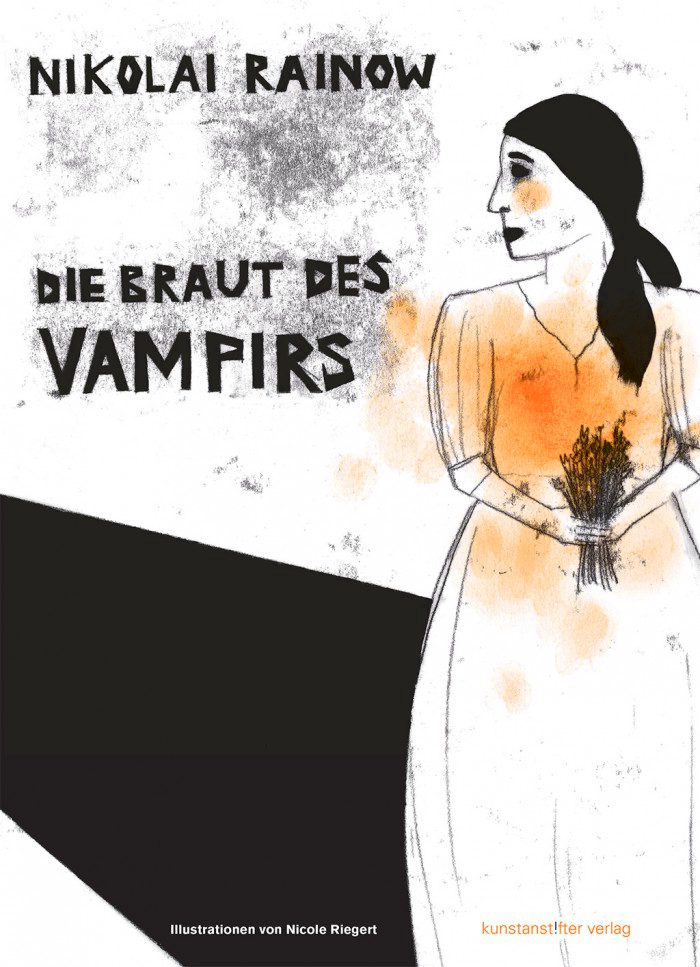 This literary tale by the Bulgarian writer Nikolai Rainow deals with the difficult relationship between the courageous young princess and the cannibal vampire. Who has not heard of the recent bestselling vampire fiction for teenagers?

But in The Vampire’s Bride, the romance is getting way more creepy – not least owing to the terrific illustrations by Nicole Riegert!
Riegert worked with monotypes and pastel stick on film, thereby creating these images that show a fragile, archaic appearance, faintly reminiscent of messages emerging from the twilight zone… 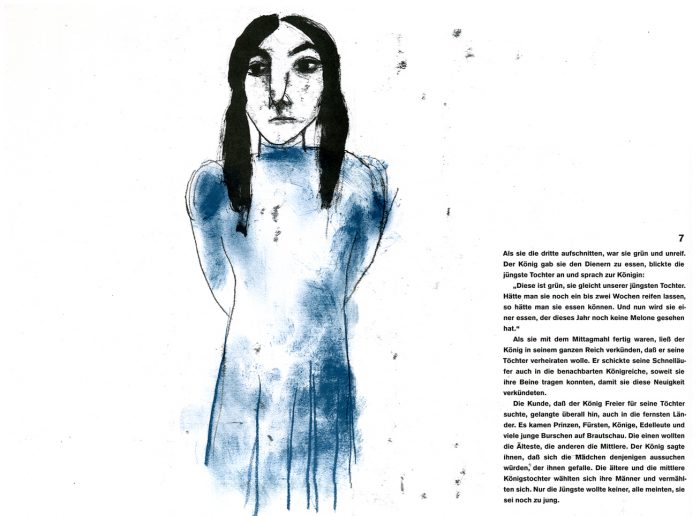 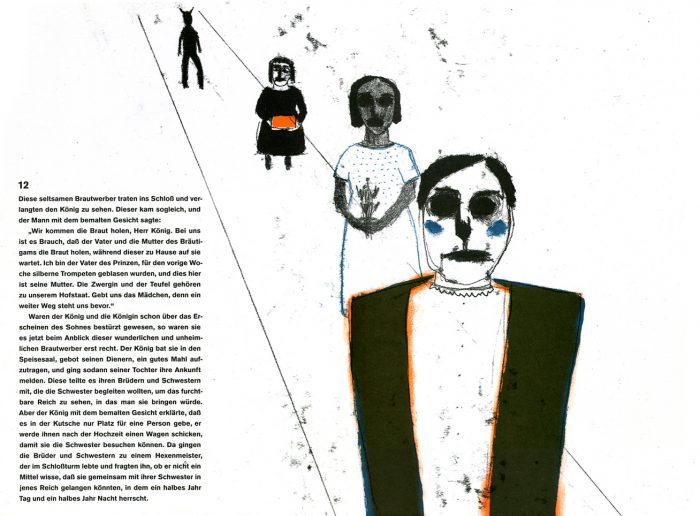 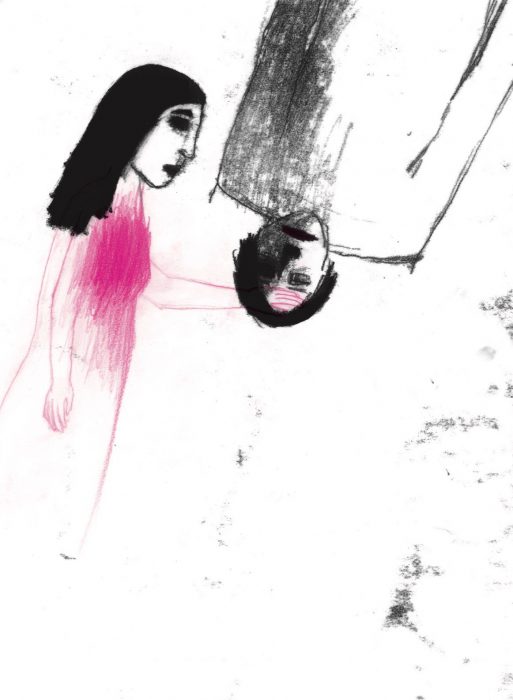