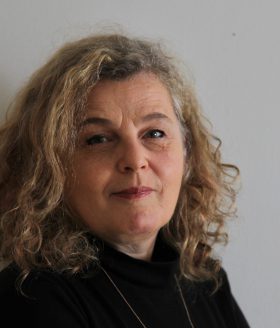 Anna Rottensteiner, born in Bozen in 1962, did German and Slavonic studies in Innsbruck, where she worked as a bookseller and lector after her studies. Since 2003 she has been head of the House of Literature (Literaturhaus) on the Inn. It was due to her intensive occupation with literature that she began writing herself:

Her novel “Lithops. Living Stones” (laurin edition) was published in 2013 and translated into Italian in 2017; the novel “Just a blink of an eye” followed in 2017.

She lives with her family in Arzl near Innsbruck.