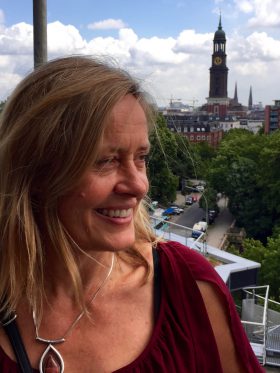 Andrea Katzenberger studied German philology in Berlin, switched to Acting Studies in Vienna, worked at theatres in Vienna, Berlin and Hamburg and studied script writing and directing at the University of Hamburg.

Since 1999 she has been writing and directing the serial “The Peppercorns” as well as films such as “Scumbag” (the opening film at the Berlinale 2001) and “I’m baking a husband”.

She lives in Hamburg with her daughter.